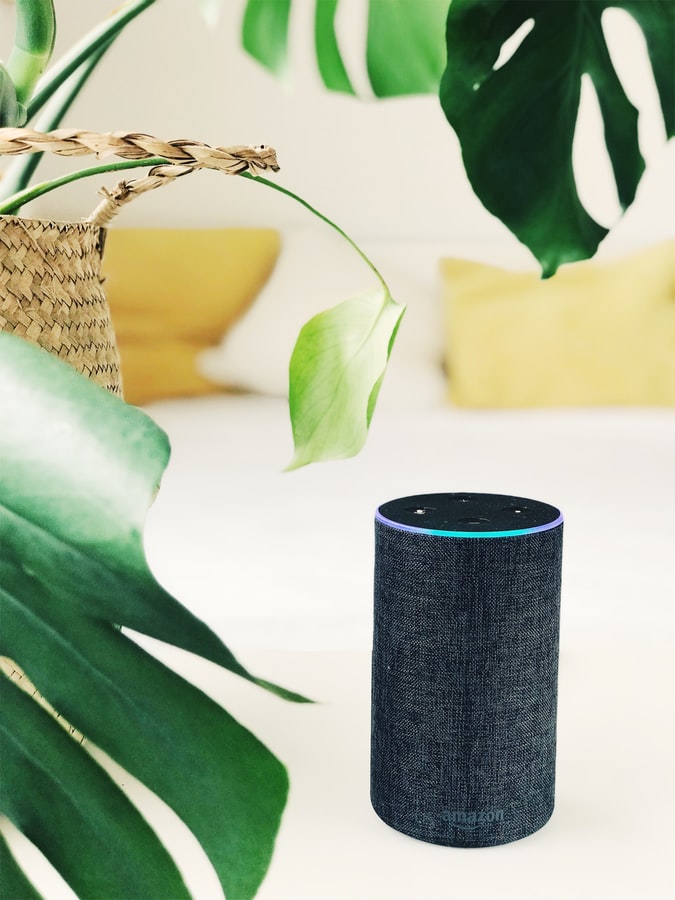 In November 2020, Amazon launched Care Hub: ‘a free remote care-giving solution from Alexa’. Owners of Amazon’s Echo smart speaker in the United States are now able to use their device to provide updates to a designated caregiver, or call a loved one if they need help. In an advert for the service, an older woman is shown going about her day, having various interactions with her Echo device. It tells her the weather forecast, before providing a reminder: ‘take your pills’. At the same time, we see the woman’s son receive various text notifications about his mother’s activities. In the evening, he receives a notification that there has been ‘No Alexa activity in Mom’s home from 5-9:30p.m.’ The son clicks the option on the notification to ‘call’, only to find that his mother has spent the evening finishing her painting. Reassured, the son responds he was ‘just calling to check on you, mom, love you’.

The Covid-19 pandemic, during which Amazon’s Care Hub was launched, has exacerbated a longstanding crisis of social care. As the Care Hub’s advertisement alludes to, many are needing to juggle the demands of work and life with caring for older relatives. A combination of various forces, including privatisation, wage stagnation, the rescindment of public resources and austerity measures, has meant that responsibility for caring for the elderly, the young and the disabled has been increasingly placed on individuals and families.

The presentation of the Echo smart speaker as an assistive technology that can automate and enhance the care of older and disabled people has been a recurrent theme in Amazon’s advertisements. Disabled and elderly users are depicted as being entertained, informed, and aided by their smart speakers, and intuitively engaging with Alexa: Amazon’s voice-operated digital assistant. The purported simplicity and naturality of aural communication, upon which the device is modelled, means that aging relatives need to ‘just ask’ and their needs will be met.

The smart speakers’ interventions into social care extend beyond the promises made by adverts. In keeping with the company’s wider business interests in healthcare, Amazon has partnered with English local authorities to trial using Echo devices in social care contexts. In 2018, Hampshire County Council became the first UK local authority to work with Amazon in a trial where fifty care service users were provided with customised Echo speakers. The trial sought to explore how these devices might enable service users to live more independently. This was shortly followed by a trial involving Oxfordshire council’s adult care services, exploring how Amazon’s Alexa and Echo might reshape daytime social care provision.

While reports on these trials have emphasised the ways that smart speakers can help provide personalised care and enhance the autonomy of service users, they have also noted the device’s potential to reduce the cost of social care in light of ongoing austerity measures. For English country councils, Amazon’s Echo and Alexa are a stopgap for the holes left by underinvestment and an overstretched workforce. Low wages, poor working conditions, and a lack of social value afforded to the role mean that social care sectors are struggling to recruit and retain staff. This is exacerbated by the particularly high cost of living in some areas of the country, such as Oxford. At a time where the future funding of social care is uncertain, in the face of increasing demand, underinvestment and under-recruitment, these trials present smart speakers as a means to “reduce demand on care services”.

Despite the rhetoric of convenient, futuristic living that is attached to them, the smart speaker’s entry into social care is a manifestation of ‘techno-austerity’. Sound technology is used and promoted as a means of filling the care deficit, which has impacted both formal and informal caring arrangements. Meanwhile, for Amazon, the entry of smart speakers into the social care sector presents another opportunity for data accumulation. As a report into the Hampshire trial notes, users of Echo and Alexa are required to have an Amazon account, meaning that the company would hold their data, including any care-based conversations had through the device.

To describe smart speakers in terms of techno-austerity is not to deny that they can have some benefits in care contexts: they may well be useful in fulfilling some people’s caring needs. However, where both the Oxfordshire and Hampshire trials cautioned that smart speakers were not appropriate for all users, nor are they a replacement for carers, there have been instances in which the implementation of similar technologies has seemingly stemmed from the priority of cost reduction over a person’s care needs.

In May 2018, a complaint was upheld against Devon County Council after a service user’s supportive living arrangements were changed so that night-time care support was replaced with a voice-controlled assistive technology. The service user, a resident in supported living accommodation with a hearing impairment and limited verbal communication abilities was caused significant distress by the changes. The service user’s parents allege that when they raised concerns about the suitability of  a voice-activated assistive technology, they were told by the service user’s social worker that the council were obliged to try it as a more cost-effective way of providing support. The Local Government and Social Care Ombudsman report into the case concludes:  It is difficult to see how the Council otherwise reconciled the assessment that [the service user] was unable to respond appropriately to emergencies or let others know if he was in pain, with the introduction of voice-activated technology for someone who was hearing impaired and had poor communication skills.’ Such cases illustrate the possible effects of techno-austerity, as well as being an important reminder of the ableism and audism inherent in the assumption that that anyone can ‘just ask’.

The promotion and implementation of smart speakers as a cost-effective assistive technology, then, needs to be understood in the context of the ongoing crisis of social care, as well as the economic logics of Amazon as a data company. If social care once occupied the intersection of the personal and the public, smart speakers mark the intensified privatisation of both.

Marie Thompson is a Lecturer in Popular Music at The Open University, UK. She is the author of Beyond Unwanted Sound: Noise, Affect and Aesthetic Moralism (Bloomsbury, 2017), and co-editor of Sound, Music, Affect: Theorizing Sonic Experience (Bloomsbury, 2013).