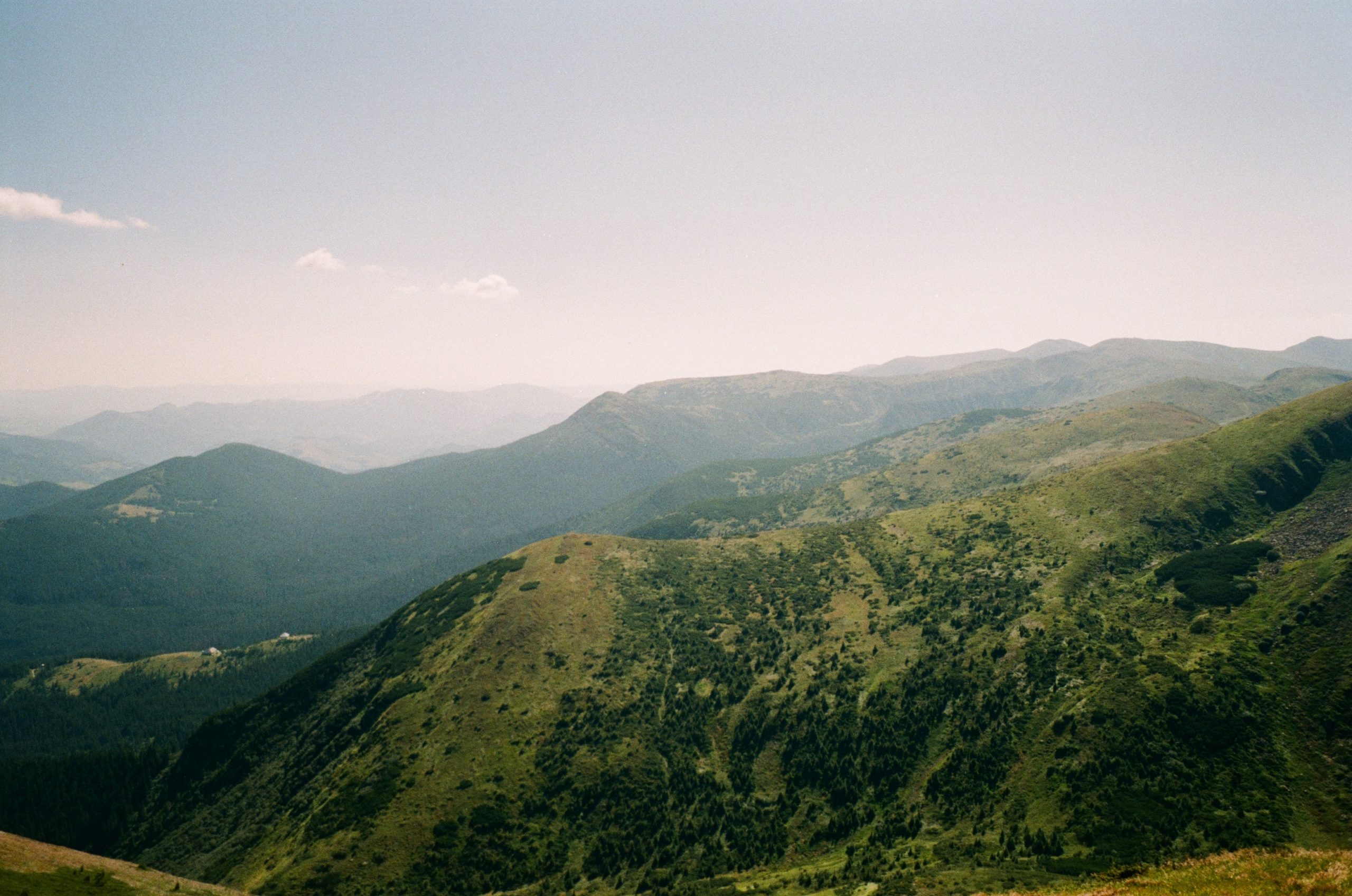 When do the sounds and silences of any war really end?

I recently came across a contemporary story of a World War One shell exploding in the Carpathian Mountains. A newly married British couple of Ukrainian heritage, Norbert and Lydia Makarchuk had camped out in the idyllic countryside to share a honeymoon evening with family and friends over a campfire. In the midst of convivial conversation Norbert walked to the newlyweds’ tent to gather up his camera in order to take photos of the happy gathering when, “the sounds of the explosion and screams broke the silence.” Lydia, his wife, sustained serious shrapnel wounds to her face, eyes and legs, whilst her brother lay dying next to her. They had been the victims of an unexploded World War One shell. Unknown to them, the beauty spot that they had chosen had been one of the sites of the Brusilov Offensive in 1916 between the Russians and the Austro-Hungarian Army. A brutal battle that had killed and injured over 500,000 troops and had used almost four thousand pieces of artillery and hundreds of thousands of shells of various sizes and types, many of which failed to detonate. The life of the unexploded shell, over 100 years old, had finally achieved its telos. The event is not unique, gaining media coverage elsewhere, where these events are more common, as in Laos where American warplanes dropped more than six billion tons of bombs up until 1975, many of which failed to explode (Coates 2013). Equally there are large swathes of the earth where landmines are still waiting for the step of a child to detonate its deadly content (Croll 2009). But I am writing a book on the sounds of World War One, so I restrict myself to discussing the sonic life of a shell from that war, materially, metaphorically and experientially.

Around 70 percent of fatalities and injuries in World War One were the results of shells. The UK produced over 258 million shells of a variety of sizes and types in World War One. Similar numbers were produced in Germany, France and Russia. The largest number of shells were expended on the Western Front between 1914 and 1918.

The shells existence ceases on impact although its consequences do not. The shell’s sound as it moves through the air and hits its target, either exploding or not, is merely the sonic manifestation of its purpose – to destroy as effectively as possible – guns, fortifications, houses, trenches, ordinance, roads, troops and so on. A byproduct of this is also the partial destruction of the environment – trees, animals, crops, water sources and so on. Over 15 percent of shells failed in their objective and remain intact, beneath the earth, in water, in all of the battlefields of the Great War – pregnant with purpose – silently seeping their contents into the earth. Two alternative narratives exist in the life of shells – those that terminate their existence between 1914 and 1918 and those which remain to this day, over 100 years hence. The narrative of their sounds and indeed silence diverge yet overlap.

The phenomena of the shell that fails to explode is mentioned rarely in literary accounts of World War One. The following quote comes from an autobiographical novel entitled The Great Push published in 1917 by the young Irish writer Patrick MacGill and is an account of his experiences at the Battle of Loos in 1915 where he served as a stretcher bearer. The novel achieved great popularity during the war before falling into literary obscurity. Whilst the novel remains a visceral account of the war – perhaps the most sonically aware novel written of about the war, MacGill unfortunately came from the ‘wrong’ social class; an uneducated Irish peasant who had left school at age 11 was not deemed worthy of intellectual study in the academy. The quote below captures the horror and temporary relief as a shell fails to explode adjacent to him:

“A concussion shell whistled across the traverse in which I stood and in futile rage dashed itself to pieces on the level field behind. Another followed, crying like a child in pain, and finished its short, drunken career by burrowing into the red clay of the parados where it failed to explode. It passed close to my head, and fear went down into the innermost part of me and held me for a moment” (Macgill 1917: 160).

The failed shell represents merely a fragment of time, of experience within a barrage of death:
“The shells were loosened again; there was no escape from their frightful vitality, they crushed, burrowed, exterminated; obstacles were broken down, and men’s lives were flicked out like flies off a windowpane. A dug-out flew skywards, and the roof beams fell in the trench at our feet. We crouched under the bomb shelter, mute, pale, hesitating” (Macgill 1917: 34).

Walking today through the forests surrounding the battlefields of the Somme, Verdun, Passchendaele near to where my grandfather fought so many years ago, one is never far from the military cemeteries where the remains of hundreds of thousands of troops are buried. It is a spring day and if one is sonically attentive one can hear the rural idyl of many birds, goldcrests and others, the wind blowing through the trees as described 100 years before in so many soldier accounts of the battlefields:

“There was something infinitely sweet and sad about it, as if the countryside were singing gently to itself, in the midst of all our noise and confusion and muddy work; so that you felt the nightingale’s song was the only real thing which would remain when all the rest was long past and forgotten. It is such an old song too, handed on from nightingale to nightingale through the summer nights of so many innumerable years” (Alexander Gillespie 1915 in Guida 2022:30).

References to birdsong outnumber reference to the sounds of rats in the trenches, waiting for the work of the shells to be done so as to provide their next meal. The troops enclosed within their trenches for months, both protected and entombed, looking up at the birds who unlike them were free.
In the forest itself lies many thousands of undetonated shells, containing chlorine, phosgene, mustard gas, arsenic, heavy metals, copper, lead, zinc that have been found in the forest and surrounding countryside. In spring, when the fields are ploughed anew bombs of every variety are uncovered, stored and sometimes destroyed. On some days a warning siren is sounded in at 15.45 to warn of an impending explosion as some of these 100-year-old shells are detonated. This is the only time when it is possible to hear the ‘actual’ sounds of a range of WWI shells in situ rather than mediated, reproduced in film. The sound of the detonated sound is singular, not continual as in the MacGill quote above. One listens in safety, at a distance – the sound might be ‘reproduced’ but the experience is not.

As the walk continues, below the feet, there remain fragments of dead soldiers juxtaposed with the sounds of birds in the trees and bushes of nature; life in its abundance, as heard in the midst of fighting all those years ago – a pastorale – real or imagined, often juxtaposed to the simultaneous force of destruction wrought over the same landscape as Barbusse commented upon as “fields of sterility”. In the outlying fields we come across signs in red and yellow – of skull and crossbones, words of warning, “DANGER DE MORT” – with fences barring entry. The earth remains polluted here, largely dead in large areas even after 100 years – over 100 square kilometers is out of bounds for the public, no-one can live there, very little can grow there – nature despoiled by vast amounts of chlorine, phosgene, mustard gasses, large amounts of arsenic poison the soil, water undrinkable due to arsenic content – still the shells spill their deadly contents contaminating everything it comes into contact with. This absence of the sounds of nature in the soil can be picked up in the silences registered on recording equipment placed into the earth. As the shells drop today in Ukraine one wonders whether the same issues will recur in 100 years’ time, coupled with the question we ask today: When do the sounds and silences of any war really end?

Michael Bull is Professor of Sound Studies at the University of Sussex. His most recent publications are his monograph Sirens (Bloomsbury, 2020) and his co-edited collection The Bloomsbury Handbook of Sonic Methodologies (Bloomsbury, 2021). His monograph, The Sonic Experience of World War One will be published by Bloomsbury in 2024.